Introduction
In previous classes, we have learnt about methods of finding perimeters and areas of simple plane figures such as parallelogram, square, rectangle, rhombus and circle, In this chapter, we shall discuss review of the measurement of area and perimeter (circumference) of a circle, and leam about the concept of sector and a segment of a circle and their areas. We shall also learn about problems on finding the areas of some combinations of plane figures involving circles or parts of circles.

Perimeter and area of a circle – A Review
Let us recall that a circle is the set of all those points in a plane each of which is at constant distance from a fixed point in that plane.

The fixed point is called the centre and given constant distance is known as the radius of the circle. The distance covered by travelling once around a circle is its perimeter usually called its circumference.

(iii) Perimeter and area of the quadrant of a circle 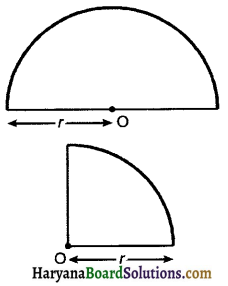 (iv) Area enclosed by two concentric circles
If R and r are radii of two concentric circles then
Area enclosed by them = πR2 – πr2 = π(R2 – r2)
= π(R + r)(R – r)
1. The distance covered by a rotating wheel in one revolution is equal to the circumference of the wheel.
2. The number of revolutions completed by a rotating wheel in one minute
\(=\frac{\text { distance covered in one minute }}{\text { circumference of wheel }}\)
3. When two circle touch internally distance between their centres = difference of their radii
4. When two circle touch externally, distance between their centres = sum of their radii. 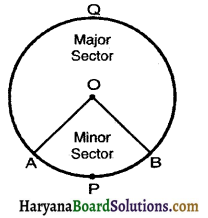 (b) Segment of a circle 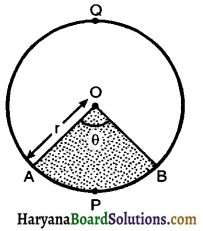 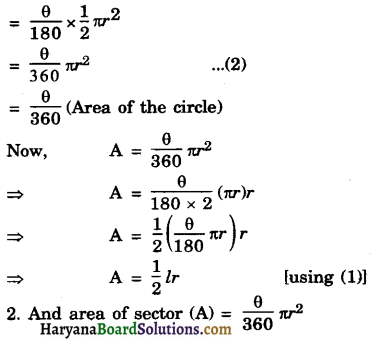 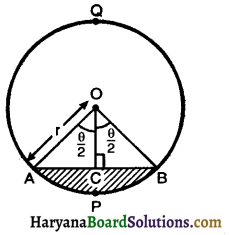 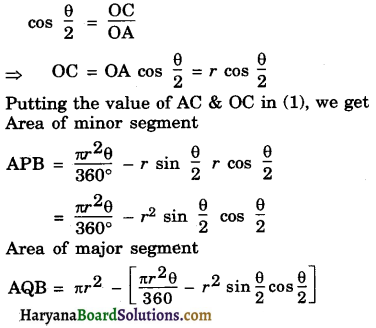