The phenomenon of sending back the light rays which fall on the surface of an object when light is incident on it, is called reflection of light.

When a number of rays emerging from a point of an object, after reflection or refraction, ‘meet’ or ‘appear to meet’ at another point, then the point of meeting is called the image of the first point.

Real Image: When the rays of light after reflection or refraction ‘actually meet’ at a point, the image formed is called a real image.

Virtual Image: When the rays of light after reflection or refraction ‘do not actually meet’ but ‘appear to meet’ at a point, the image formed is called a virtual image.

A polished/shining surface which reflects almost all the light incident on it is called a mirror.

Plane mirror :
A plane mirror is a thin, flat and smooth sheet of glass having a shining coat of silver metal on one side. For example, mirror used in vehicles,in dressing tables, etc.

Concave mirror:
The spherical mirror in which light rays converge to form an image is called a concave mirror (or converging mirror).

Convex mirror:
A spherical mirror in which light rays diverge to form an image is called a convex mirror (or diverging mirror). 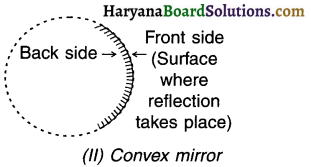 When parallel rays are incident on concave mirror,on reflection, they converge i.e. come closer to each other and meet at a point called principal focus (F). Hence, concave mirror is also called a converging mirror. 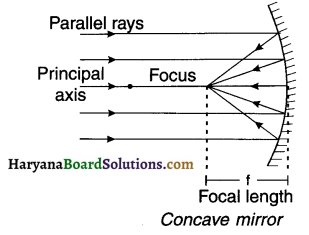 When parallel rays are incident on convex mirror, on reflection, they diverge i.e. spread out from each other. Hence, convex mirror is also called a diverging mirror. 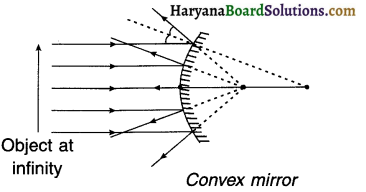 Relation between radius of curvature (R) and focal length (f) of a spherical mirror:

Positions at which we can place an object to obtain images from a concave mirror and summary of the images formed: 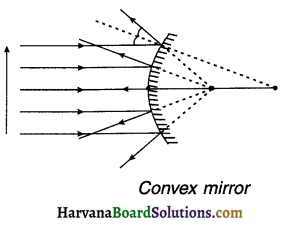 Summary of images formed in a concave mirror

Positions at which we can place an object to obtain Images from a convex mirror and summary of the images formed: 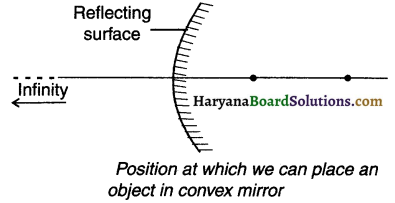 Summary of images formed in a convex mirror 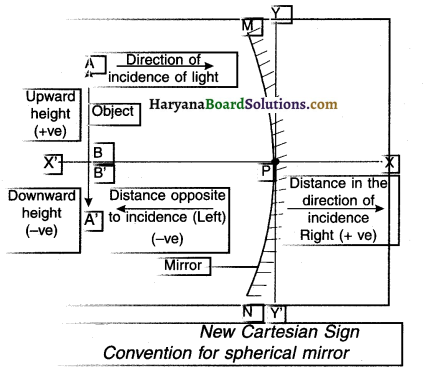 Summary of size of image, type of image and magnification for various mirrors

Refraction:
When a ray of light enters obliquely from one transparent medium to another transparent medium, its velocity changes due to which it gets deviated from its original direction at the surface separating two medias. This is called refraction. 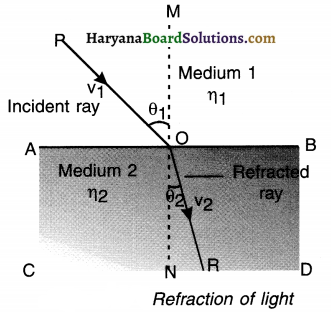 Medium:
A transparent substance in which light can travel is called a medium. Air, water, gas, glass, kerosene, etc. are examples of mediums.

Refraction by Spherical Lenses and Formation of Images

Lens: A lens is a piece of transparent glass bound by two spherical surfaces.

Types: Convex (Converging) lens:
A lens which is thick at the center and tapered at the upper and lower ends is called a convex lens. 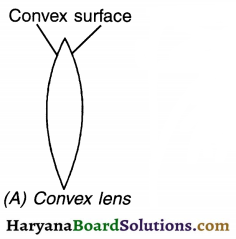 Concave (Diverging) lens:
A lens which is thin in the middle but thicker at the edges is called concave lens. 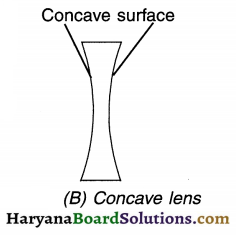 Positions at Which we can place an object in front of convex lens and the summary of images formed: 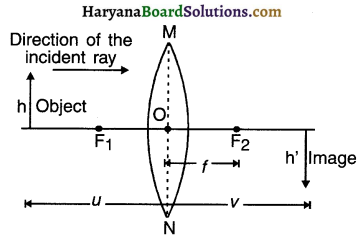 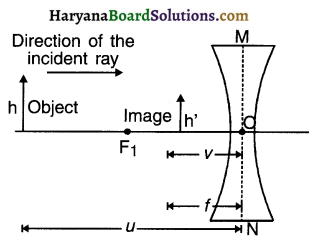 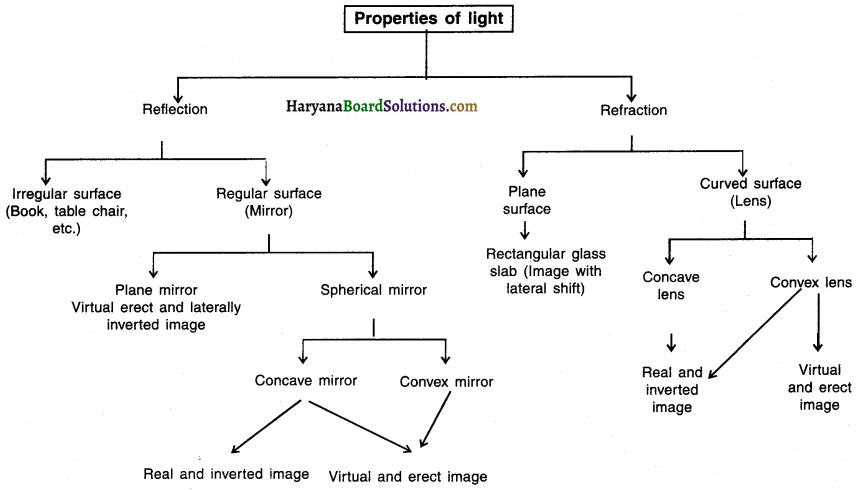